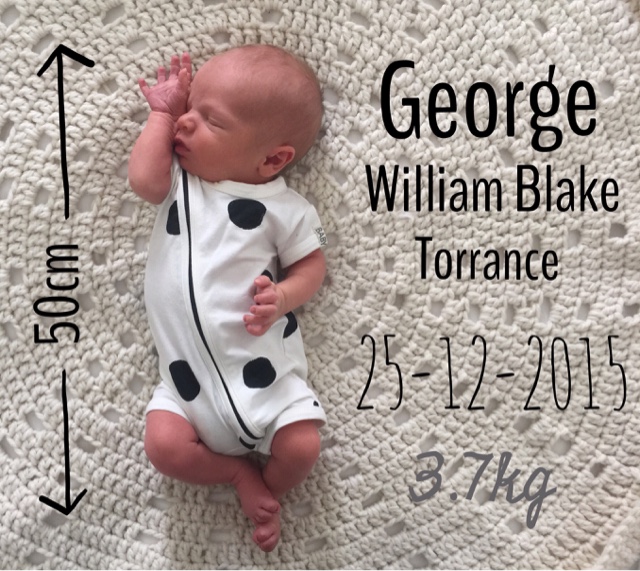 On Tuesday 22nd December my waters broke two weeks before my due date and the birth story of George William Blake Torrance began....

The plan was for me to give birth naturally after previously having two Caesarian births for my two girls (aged 10 and 7). My midwife and sister, Judy is very experienced with home births and owns The Birth House in Geelong where many women are encouraged and supported through their pregnancies and births either at home or at TBH where we planned to have our first little boy.I was exactly 38 weeks pregnant when my membranes ruptured that evening after we'd celebrated Blake's first official day of holidays that day in Barwon Heads as a family. I'd finally accepted that I was best to hope for my due date of January 5 and try to enjoy that week of Christmas celebrations. My pregnancy had been long and difficult like the other two, vomiting until week 16, continued nausea, exhaustion and peri-natal anxiety took their toll and as I grew heavier and bigger than I'd been with the girls I couldn't help imagining an early birth as long as it was NOT near Christmas Day please. 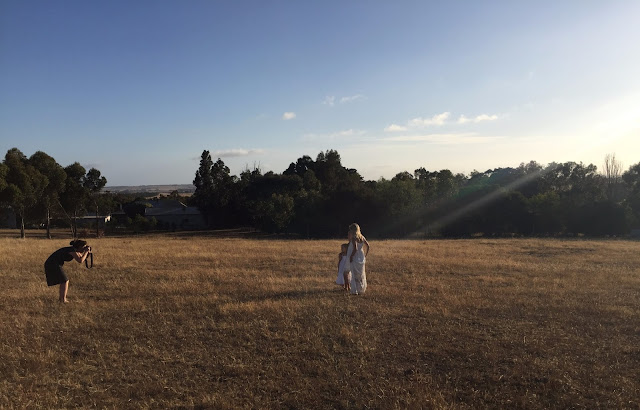 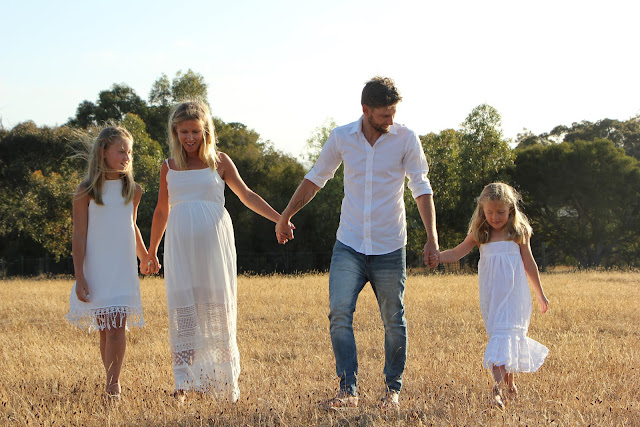 Despite me being exhausted and ready for bed late in the afternoon, we got dressed for some family photos on the farm with Danna that evening. When I went outside to greet her at 7:15pm there was a steady trickle flooding my pads and after a while just pouring freely down my legs. We persisted with the photos, let Judy know and excitedly went to bed as normal, wondering what would happen over night.
I was still steadily losing fluid the next day but Blake and I went to the beach as planned for a walk and a little shop and treat (raw tirimasu slice at Surfcoast Wholefoods). We packed up and went home as we'd been staying at Chris and Judy's and they'd driven through the night to get home from their camping holiday incase my labour started on the 23rd.
Blake and I left the girls at home in the evening to eat Indian takeaway at the waterfront since I'd been looking forward to this final date and it was our last chance. Mild contractions started while we walked a little. At 38 weeks I was too tired to walk far or fast but it was good to be out together, chatting about the baby's name and laughing at the crazy week that was unfolding.
My contractions got stonger through the night and I was up at 3am timing them and becoming more and more uncomfortable. We woke the girls and headed to the birth house at 6am after I had vomited and was shivering with sleep deprivation and pain.
We took barely anything, expecting to be home later that day with our little man. I vomited again in the car and felt miserable but thankful that Judy would be there soon and we'd get this birth thing happening.
I vomited a few more times in the next few hours and threw up most of the fluids I was guzzling, tea, water, soda water. I finally kept down an icey-pole late in the morning and from then on Judy fed me icey-poles for the rest of the day to keep up my energy and fluids. During the morning my contractions climbed into active labour by around 9am and the regularity of them and the exhaustion I already felt had me in tears, worried that my body would not recover from this and that I felt such a desperate need for sleep.* 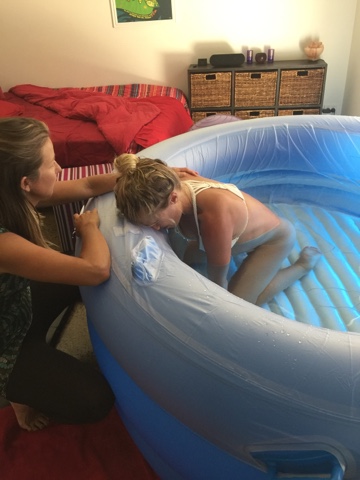 I pushed through and by midday had found relief in the shower and was able to smile and chat with Blake a little bit in between contractions. Up until then I'd just felt sick and exhausted. The excitement came back and as the contractions were every 3 minutes I thought we could be done in a couple of hours.
By then Blake had let his family know that we wouldn't be at Christmas Eve dinner that afternoon as planned.
Malya and Harper were restless and worried about me, about missing Christmas AND about Christmas being forever ruined with a possible birthday! I worried we'd done the wrong thing bringing them, and I found it hard to separate their concerns from mine and to relax and focus on what I needed to do. 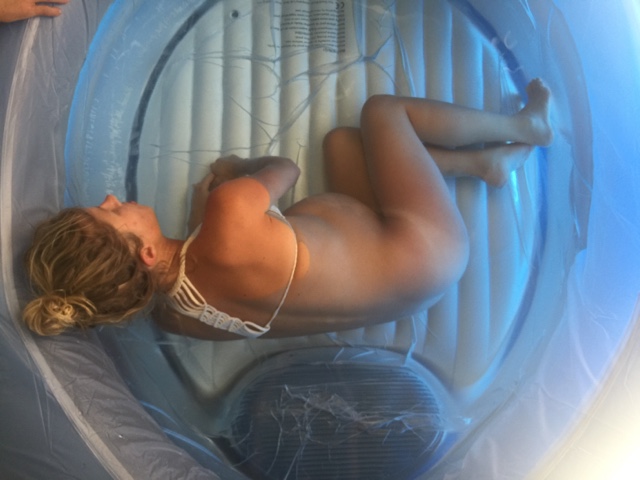 By the afternoon the pain had become almost unbearable and I was forced to let go of much of my concern and as things got worse I was aware of the girls being more and more patient and sweet as they sat by the birth pool holding my hands, wondering when the 'head would come out'. 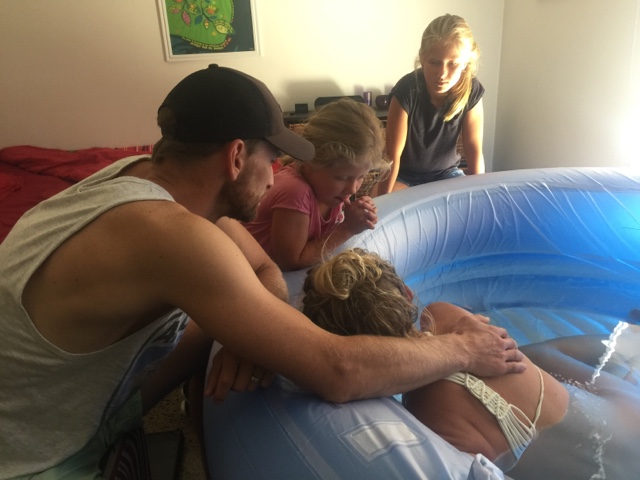 Judy supported, coached and encouraged me during each lengthening hour and as the pain became all-consuming gave me hope that this was the final stage. But the final stage kept going and going and the hideous pain in my lower back/bottom region got worse. I somehow found the strength to look up from my head rest in the pool every now and then to see if Judy's colleague Pia had arrived which might mean it was nearly over. Pia never came.


Back to the shower, the hot hot water on my lower back being the only relief. And on it went. I'd begged God over and over to make it stop. He was silent in those hours and I felt utterly abandoned, lost and scared with no hope of relief.
At around 6pm, 12 hours after we'd arrived at The Birth House Judy decided to check how far dilated I was as she could see that exhaustion was taking over and threatening my will to continue. She gave me the heart-breaking news that I was only 4cm dilated. I knew straight away that I'd reached the end of my strength a few hours ago and it was so instantly obvious to me that I needed pain relief to survive. We headed to the hospital while I despaired that it was too late, I couldn't face another contraction, why had we waited so long? I was consumed with worry that they wouldn't instantly end my pain. It was knocking the breath out of me and I wanted to scream and beg but could only yell and pant and wait and wait as they put in the canular, took blood and asked questions and talked to me while I had to face 10, 15, 20 horrendous more contractions while I waited and yelled and pleaded, no shower, no moving, just gripping Blake's arms, digging my nails in in utter desperation.
As I waited for the epidural to work a doctor examined me and said our baby was laying 'Posterior' which explained the back pain and lack of progress. I felt better about our decision to move to the hospital already. The epidural was slowly working and the relief was amazing. My whole body relaxed and I lay in a haze of thankfulness and trust that I was in good hands. Judy took our brave and patient girls home to bed at 9pm and Blake eventually left too to wrap christmas gifts for the following morning and attempt to leave traces of Santa having come for Harper's sake.
I slept while Blake was there, and then the doctor came to check my progress and calmly announced that I was 9cms dilated. While we had accepted that surgery was imminent, We were amazed and excited that this meant we could go ahead with birthing vaginally, though my exhaustion made me apprehensive and I might have said yes to anything for this to be over.
Blake left, Judy came back and I slept some more, exhaustion making sleep so easy for once.
At 12am I measured 10cms and at 12:30am I was all set to start pushing with the help and support of midwives Lauren and Judy while Blake was happy to watch and encourage.
After pushing for an hour with some success, the doctors came in to assist with suction as our babe had been laying, wedged into my pelvis and ready to enter the world for many hours now.
The pain in the right side of my uterus had returned by now with each contraction despite me desperately clicking the top-up button. I was scared that the full blown back pain would return and anxiously checked to see if the button was working.
My legs were put in stirrups, the episiotomy done without pain, and I was told to keep pushing through contractions, though the pain meant that I couldn't push as hard and I felt weak and useless.
Very soon Judy encouraged me to feel George's little head with my hand as it was finally 'popping out'. I then felt the relief of the rest of him coming out (at 1:47am)as the doctors, nurses and Blake cheered me on to push with the last impossible dregs of strength I possessed, and he was handed up to me. I remember noticing the contractions stopped, I'd waited for this for the past 20 hours. And I had my boy on my chest and everything else faded away.


When I think about, or talk about those darkest 4 -5 hours of pain on Christmas Eve I cry, the memory of my despair and disappointment and loneliness despite my wonderful support  team is raw and deep.
Judy explained to me afterwards that getting to 4cm was in fact ahuge achievement and that had I not done this, the doctors would have strongly advised and pushed for a caesarean birth for me, a greater disappointment long term after working so hard to birth naturally. In hindsight I am deeply thankful for her wisdom and constant support in helping me birth naturally (VBA2C - vaginal birth after 2 caesareans) and at every step of the way from the evening of the 22nd to after the birth on Christmas morning and beyond.
I learned later that our families and a couple of friends had been praying hard and I slowly understood that God had not abandoned me but was working all things together for mine and George's good. (Romans 8:28)
My thankfulness for Judy's knowledge, experience, calm support and encouragement and for the day we spent at The Birth House with the freedom to labour as comfortably and calmly as possible is intense. Also for your love as a sister.
The patience, calmness and care from Blake, I couldn't have done without, for the birth and for every day of the 8 months beforehand. I love you more now than ever.
I will never forget having our daughters present at The Birth House that day -24/12/2015- it was tough for you both, but your support and love even without full understanding meant so much to me. xx 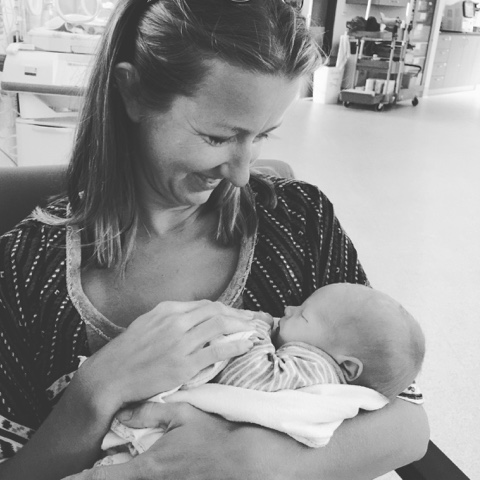 *I've suffered from Chronic Fatigue Syndrome for 15 years now which has made life physically and mentally limiting and natural childbirth was never something we thought I could manage....
Posted by SandraT at 4:16 PM 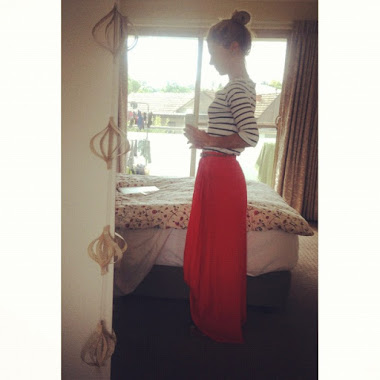 I am Sandra. Wife. Mummy to 2. Daughter. Sister to 8. Teacher. Seeker. Sinner. Friend. Lover. Impulsive doer and creator. His child.﻿

- A sheltered and secluded place; A quiet retreat.
He will cover you with his feathers, and under his wings you will find refuge, his faithfulness will be your shield and rampart.
- Psalm 91:4 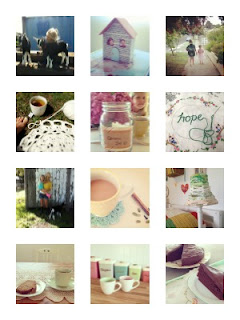 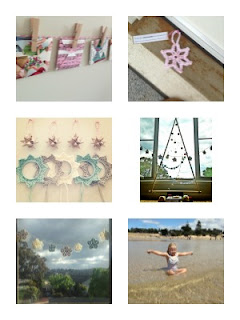